A bit of History

In 2002, a very young Christopho created a very amateurish The legend of Zelda fangame with RPG Maker: Mystery of Solarus. It was designed as a follow-up to The Legend of Zelda: A Link to the Past. In 2006, he decided to remake it with an actual dedicated game engine that he called Solarus.

The remake was released in 2011, and since it is a deluxe edition with more refined gameplay, graphics and musics, it was called Mystery of Solarus DX. At the time, I was not yet totally commited to the project, so I did not particpat in game development, apart from the title screen, but rather helped the project having a fancy visual identity that would help giving it the more professional look it deserved.

The game is available to download for free on Solarus game library. Be sure to download the launcher before, to be able to launch the game.

Artwork for the game

Since it is a love-letter to the glorious days of Zelda on Super Nintendo, I designed box art for the game. A full box template was printable, if you wanted to recreate the box. 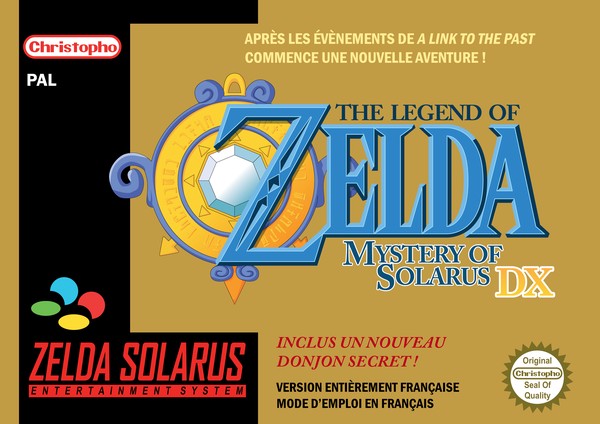 I made lots of artwork that was used to promote the game, and illustrate the game manual, that was done with the long-lost art of game manuals. They were also used in a complete walkthrough that was distributed as PDF, and mimicked the big walkthrough books of the 1990s and early-2000s. 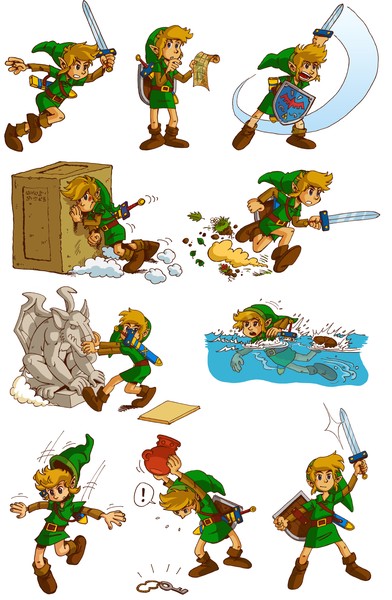 As you may see, I was very under Peyo’s Johan-and-Pirlouit-era influence, at that time! 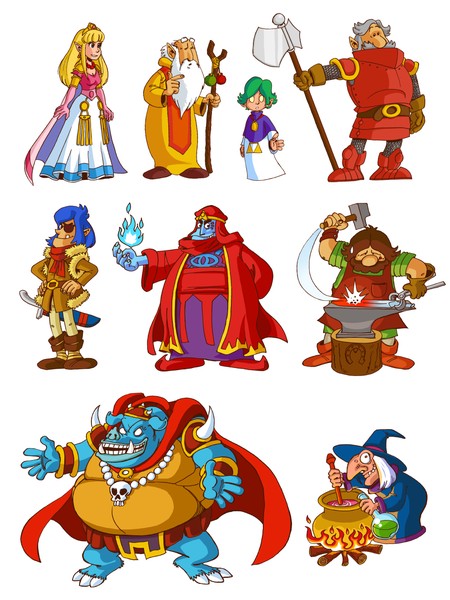 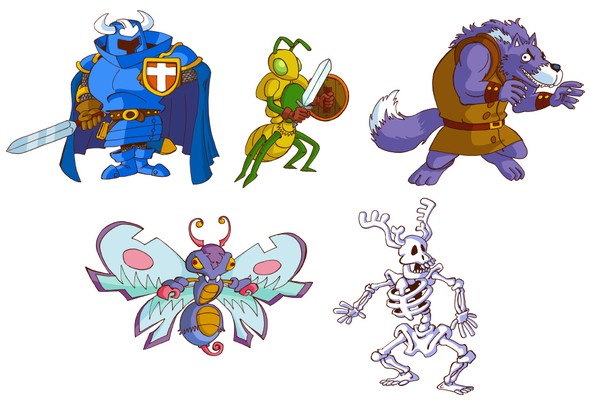 The game’s introduction scene told the events of A Link to the Past with frescos in the style of the ones you can see in the introduction of the cult classic The Wind Waker. 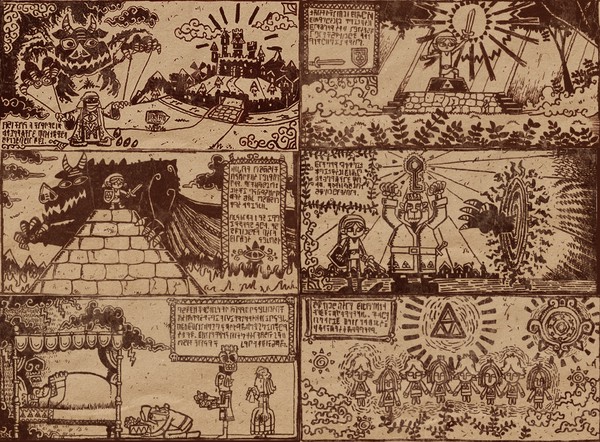 This project was very beneficial for me: I learned how to use Adobe Illustrator by making the logo for this game, I learned how to use Adobe InDesign by making the game manual and walkthrough for this game, and more than anything, I became very good friends with the rest of the team that made the game. I would eventually collaborate with them on more games!

The game Mystery of Solarus DX has been downloaded over 2 million times since 2011, and is widely considered as one of the most accomplished Zelda fangames. Solarus, the engine that powers it, has continued its road, and after having distanced itself from pure Zelda, is becoming progressively a more universal 2D game engine, with a vibrant and very helpful community.