This is a long story.

He was aleady writing stories and wanted to become a profesional, and we decided to try to make a short story together (8 pages) that could fit in le Journal de Spirou. Graphism, tone, length: all was targeted to perfectly fit in my beloved comic books journal.

He imagined L’Idole sacrée de l’île Wakata: a story based on a misunderstanding between pirates and a young man they thought was a billionaire but actually was just a butler. The base story remained the same, but details were changed multiple times. I even met Jean-Claude Fournier, famous for drawing Spirou & Fantasio during the 70s. He gave me some advice about panels clarity and story simplification.

Unfortunately, I got bored of restarting from scratch multiple times, and gave up. On his side, Joris Chamblain had success with another project, so he was busy with more important stuff than this little project.

The story-board you see here is the 5th one, after Fournier gave me some advice: less events, less dialogs and shorter ones, less stuff in each panel, etc. Globally I kept the original story though, slightly edited to be more fluid. 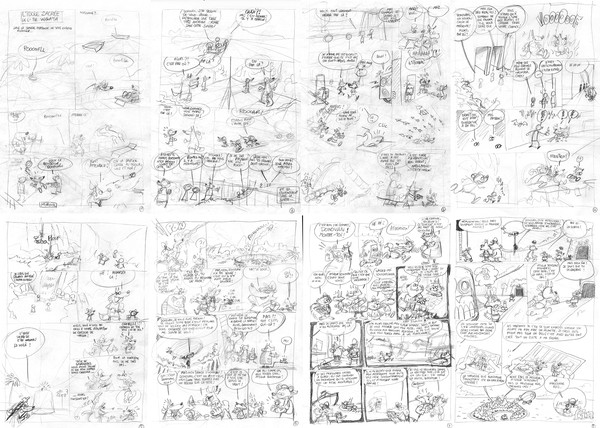 I inked almost the whole story, with quill and black China ink, but I only scanned the first two pages. Here they are: 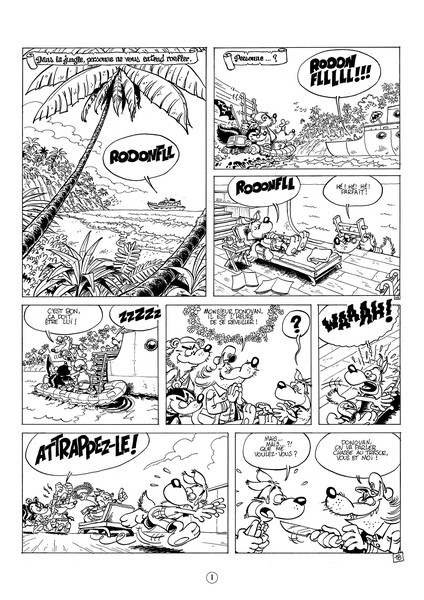 Since I gave up, I never colorized the pages. I made some attempts at choosing a color theme, which I wanted warm and vintage. I used some grain to give texture, because I preferred the colors to be only flat tints. You can also see a reworked version of the first panel, with a fancy title and some even warmer colors. 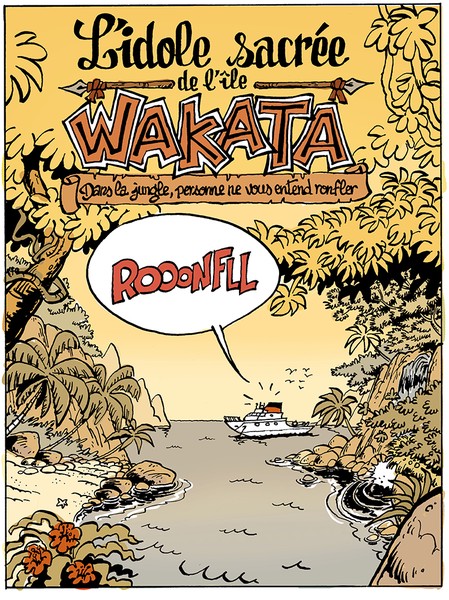 This is after this experience that I decided that I didn’t want to work with a writer anymore. It’s hard to satisfy the writer, because he/she has something in mind, and when you adapt it to your vision, it’s always different and leads sometimes to conflict. I was almost bored of comic books, at that time, because I re-made this short story five times!

From now on, I would rather prefer to train myself writing stories, therefore I can have full control about what’s in the page.